The Damaged and Defective President 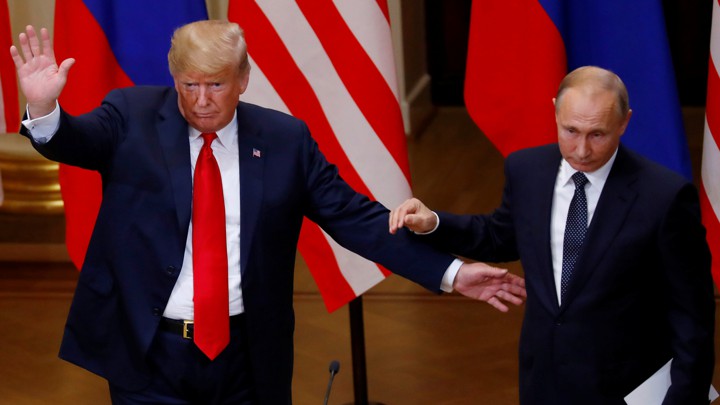 The GOP can either defend the United States or serve the damaged and defective man who is now its president.

There are exactly two possible explanations for the shameful performance the world witnessed on Monday, from a serving American president.

Either Donald Trump is flat-out an agent of Russian interests—maybe witting, maybe unwitting, from fear of blackmail, in hope of future deals, out of manly respect for Vladimir Putin, out of gratitude for Russia’s help during the election, out of pathetic inability to see beyond his 306 electoral votes. Whatever the exact mixture of motives might be, it doesn’t really matter.

Or he is so profoundly ignorant, insecure, and narcissistic that he did not realize that, at every step, he was advancing the line that Putin hoped he would advance, and the line that the American intelligence, defense, and law-enforcement agencies most dreaded...

...Those who could do something are the 51 Republican senators and 236 Republican representatives who have the power to hold hearings, issue subpoenas, pass resolutions of censure, guarantee the integrity of Robert Mueller’s investigation, condemn the past Russian election interference, shore up protections against the next assault, and in general defend their country rather than the damaged and defective man who is now its president."