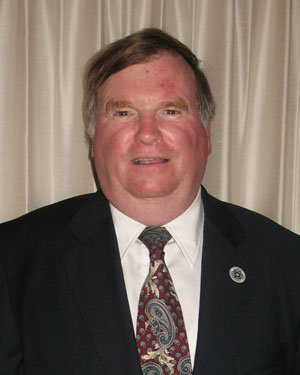 In 2006, Jim Kennedy became the first Democrat elected to the McHenry County Board in over a generation, and led the way for other Democrats to win election to the County Board. He had also served as a Village Trustee in Lake in the Hills, and was currently on the Board of Valley Hi Nursing Home in Woodstock.

Jim was a retired Sergeant for the Elk Grove Village Police Department, and father of three. In 2017, Jim was awarded the Thomas Jefferson Award for Lifetime Achievement by the Democratic Party of McHenry County.

He passed away unexpectedly at his home on Tuesday, March 6. He was 63 years old.