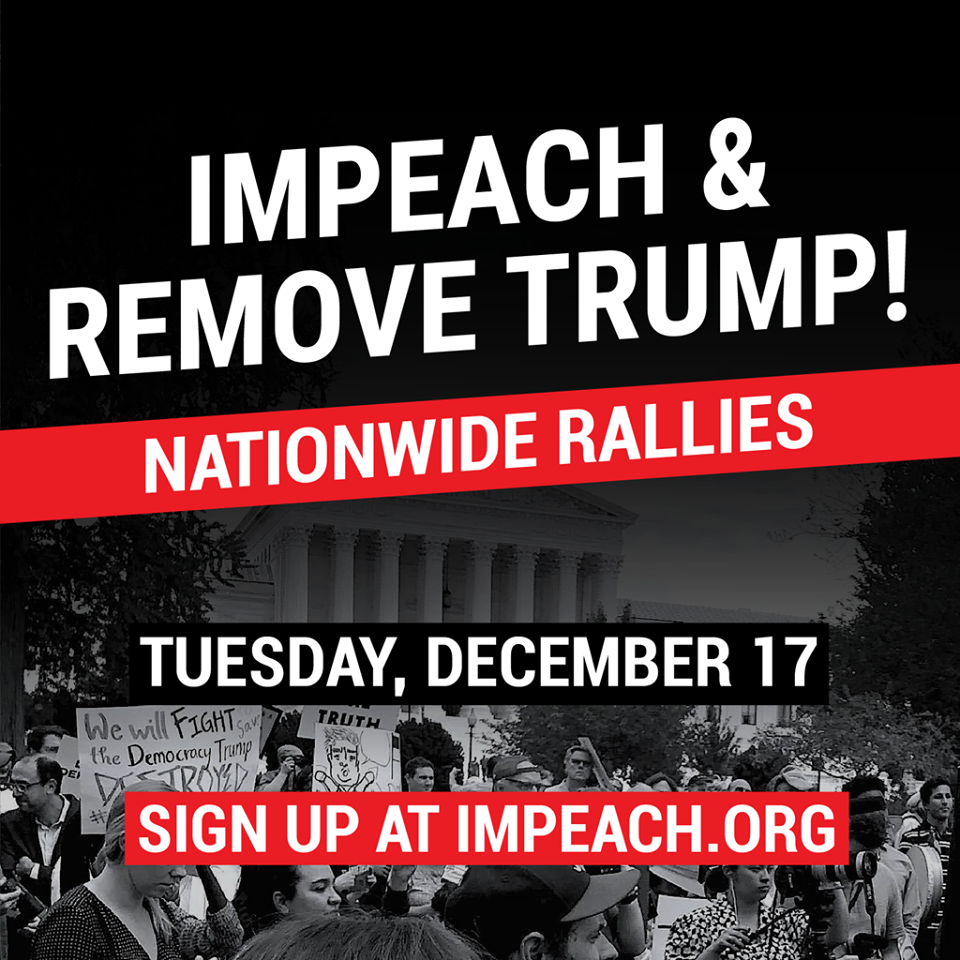 The House of Representatives announced Articles of Impeachment against President Donald Trump. The Articles charge abuse of power and obstruction of Congress, asserting that the President used military aid to pressure Ukraine to interfere in our 2020 elections, before trying to cover it up.

A vote on these Articles of Impeachment may be imminent- as early as next week.

Along with tens of thousands of concerned citizens in 500+ cities and towns across America, we are mobilizing a demonstration on the eve of the vote in Woodstock Square, Woodstock IL at the Gazebo to call for the impeachment and removal of the President.

We will take to the streets to demand that Congress Impeach & Remove to show that Donald Trump is not above the law!

Bring your passion plus signs, flags, and a light.  Dress for the weather – this event will be held outside!

There are thousands of people pledged to protest nationwide. Together, we can make a difference and demand that the Senate take action to hold this lawless president to account and restore the rule of law.